Kevin Keefe became continually interested in the unique combination of brewery and restaurant that was popular in England. In North America, brewpubs were basically unheard of and Kevin, owner and operator of Ginger’s Tavern in Halifax, instinctively felt the timing was right to open the first brewpub in Nova Scotia. Undaunted by his lack of practical brewing experience, he took a crash course in brewing at Peter Austin’s legendary Ringwood Brewery, an open-fermentation system, where the “real ale” revolution had begun in England.  Kevin trained with Peter Austin and Alan Pugsley. 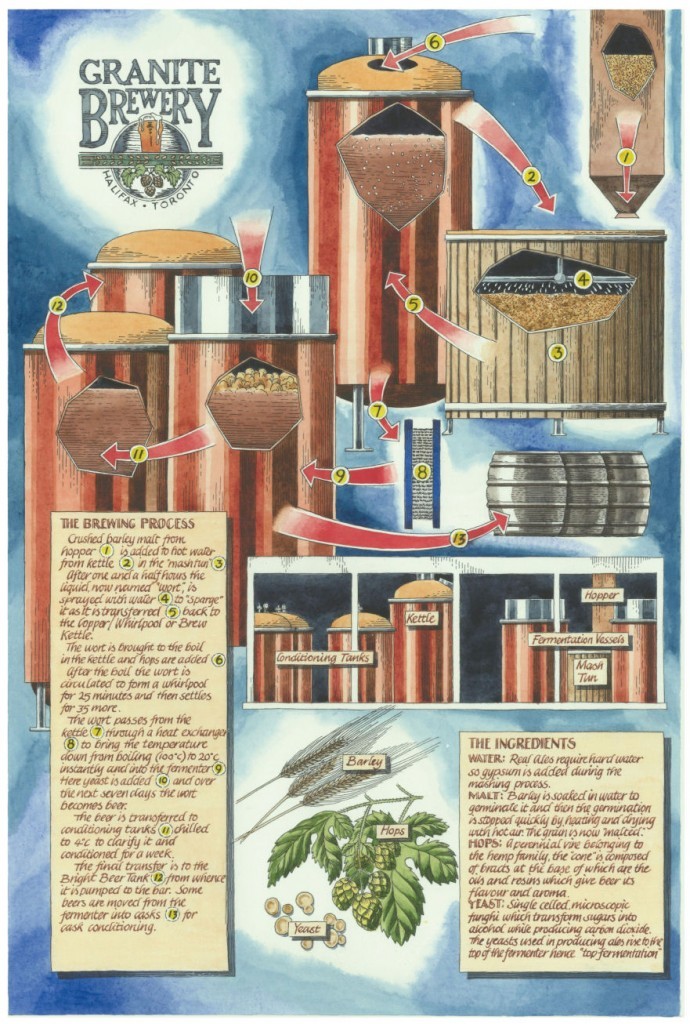 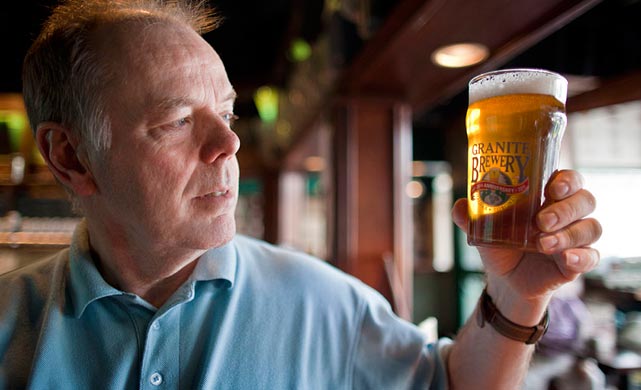 Ron Keefe inspects a pint in his Toronto brewpub

Reaction was mixed at first, since Ginger’s regulars were unfamiliar with something as un-Canadian as “real ale”.  However, within the year, Kevin’s brews began to gain acceptance by the locals and the uniqueness of the brewpub concept slowly became more popular. This was the very beginning of the craft brewery renaissance in Canada.

In anticipation of opening another location, Ron Keefe, Kevin’s brother, trained as a brewer in Maryland with Alan Pugsley who had recently emigrated to the United States from England.

…the Keefe brothers expanded their Granite Brewery operation to Toronto. In 1991, most Torontonians did not know what craft beer was, much less tasted it. It was a time when the beer market was dominated by mega-breweries and the beer selection from bar to bar was predictable. Ron wanted to bring his passion for crafting unique, English ales to the community in midtown Toronto. When the doors finally opened in August 1991, a customer came in and bet Ron $1 that the business wouldn’t last six months. Now, almost 30 years later, that same $1 bill hangs proudly in the brewpub. 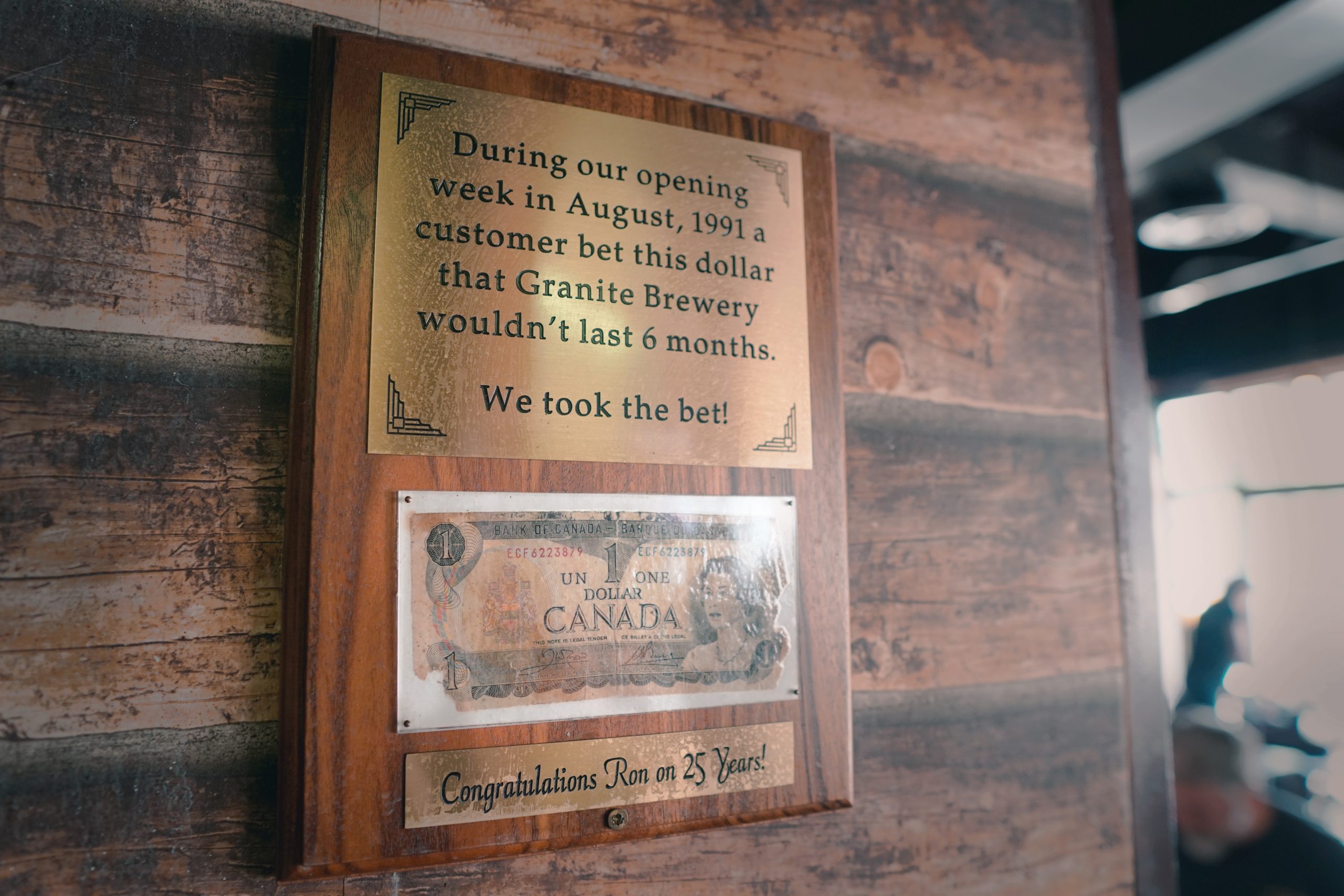 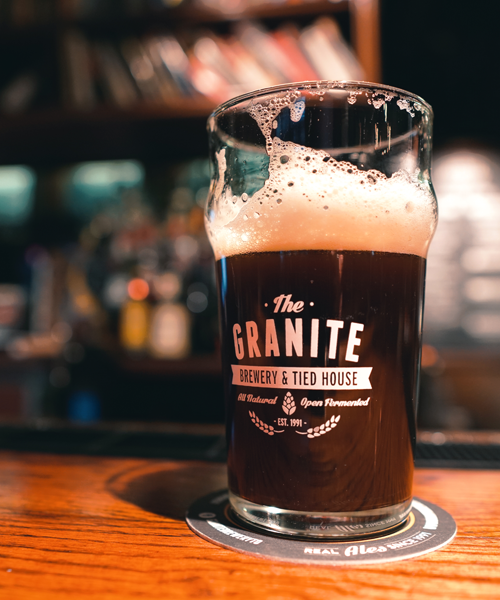 Mary Beth has continued to brew the same quality brands while adding an impressive list of her own originals, including Galactic Pale Ale and Darkside Black IPA. In 2019, the Granite bought their closed fermenter, FVX, allowing Mary Beth and her brew team to experiment with new yeasts and brew new styles the Granite has never done before.

The Granite is, and will continue to be, an independent craft brewery run by the Keefe family.